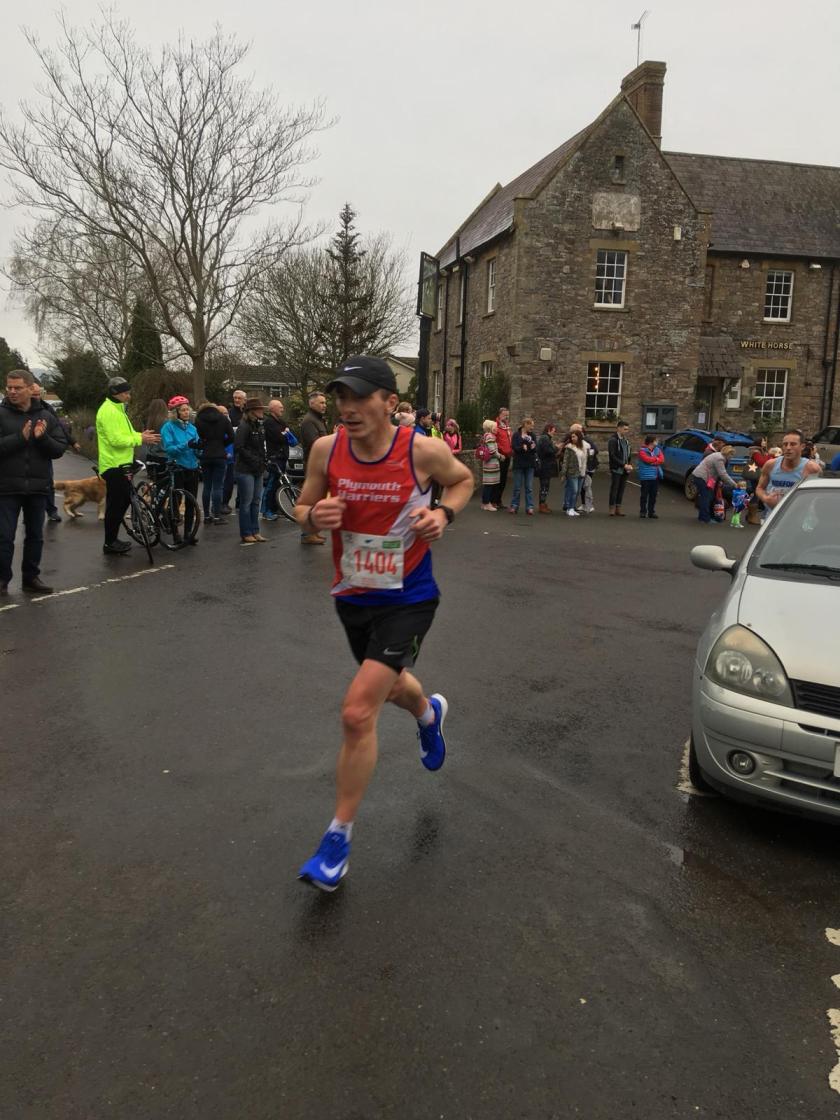 What I thought was going to be a straightforward amble in to the county town of Somerset, Taunton, turned out to be just a little bit stranger than I anticipated. Yet again there was a dampness in the air as I ventured out. No rain arrived, though, the day staying overcast and completely dry until the end. Today’s route was almost completely off-road, following The West Deane Way in a clockwise direction right in to Taunton town centre. There were small stretches of road linking up what turned out to be a very pleasant countryside walk.

I did have a sense of foreboding when I met 2 ladies with dogs on a country lane on exiting Wellington. As we exchanged pleasantries they remarked that the road was a bit busier than normal, probably because of traffic diverted due to the Taunton marathon taking place today. An alarm bell went off in my head. Anything out of the ordinary is a potential hazard in the precarious world of way-walking. Believe me, I’ve learned from bitter experience. My planned route took me bang through the centre of Taunton so I had an image of roads closed, diversions in place and me wandering around in circles in an unfamiliar town. Couldn’t they have staged the marathon next week instead? Was this personal?

Further along the road I said hello to a couple who were walking in the opposite direction when the man shouted back to me, asking where I came from. ‘ Wellington ’ I said. No, whereabouts in Scotland did I come from was what he wanted to know. Silly me! Hearing his local accent, I assumed the normal exchange was about to take place. ‘ Kilmarnock ’, I said, but before I could follow up with, ‘ near Glasgow ’ he burst out laughing. It turns out he was from Bridge of Weir, which isn’t that far from Kilmarnock. We had a few minutes conversation before I continued with the walk.

Very shortly after that I could see the Hi-Vis jackets and the ‘ Road Closed ’ sign. That was my route so I feared the worst. Yes, it was because of the marathon but the steward told me the road was only closed to vehicles not to walkers. The early runners were reaching this point with the sound of walkie-talkies as a backdrop. People were standing at intervals along the road cheering.

As I spoke to the next 2 stewards I was wishing that this was my impending left turn because 50 yards ahead, up a hill, the whole village had turned out to cheer on the runners… and me! I was welcomed with a bit of banter, embarrassed to take the undeserved plaudits. Once through the throng I stopped to take some pictures and check my map. It was at this point I realised that my GPS screen had frozen and my route was not, in fact, through the village, but I should have turned left at the last steward! Frantically, I checked my map to see if I could link up with my route without retracing my steps. Alas, it was not to be, so I sheepishly had to run the gauntlet of the cheering village again as more runners approached, walking very quickly with my head lowered, muttering excuses, against the flow.
To the village of Bradford-on-Tone, I apologise.

The walk after that was virtually all through fields and parkland until I arrived at the River Tone and the centre of Taunton. Although there were some muddy stretches much of the walking was on firm grassland – for the first time. I did cross the path of the marathon one more time, thankfully without incident. I encountered no route diversions in the town centre at all. After enjoying a cappuccino in Wetherspoons my route to the hotel took me along the banks of the River Tone past Somerset County Cricket Ground.